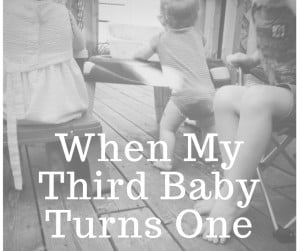 We struggled to get pregnant with Levi. When he finally came and he was adaptable and content, and I thought I had this mothering thing in the bag. Then there was our ‘surprise’ 16 months later. Lenayah was tough and I lost all sense of calm and confidence in myself. 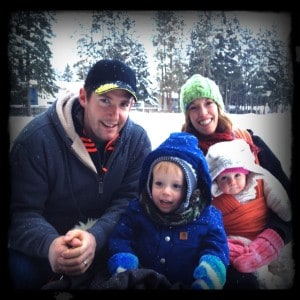 Suddenly ‘two’ seemed like the best number for our family.

But as things got easier with Lenayah, Conor and I would catch these ‘moments’.  Ones where all four of us piled on the bed, right before someone gets too daring and falls off in a fit of toddler tears. Or seeing these two little siblings share some happiness with each other in a moment that I’m not a part of, in a good way. Or all of us laughing around the dining table while one of the kids turns an everyday dinner into a performance. There I would find it. That look. He would give me that look that says ‘this is everything to me, but there is someone else missing, someone we haven’t met yet’.

When I told Conor I was pregnant with Dawson, he welled up. He later told me that he thought I would never come around to having one more. I really didn’t want to. I had just come up for air from what felt like a drowning season of life. I was too scared we’d end up back there all over again. The sleeplessness, the struggles, the overwhelm, the resentment, the anxiety, the loss of self, the loss of union.

But obviously I agreed with Conor. I had felt like there was someone else that we all hadn’t met yet. So, we tried for number three. Despite it being my very worst pregnancy, the baby that followed was a reset for our family.

Dawson was born one year ago TODAY! 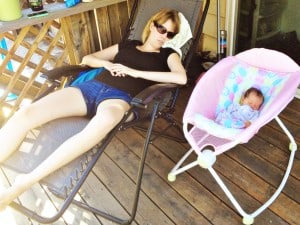 He is sweet, reckless and focussed on what he wants. He was an easy baby and even if it isn’t right, Dawson redeemed me in my mothering in a way. He allowed me to use what I had learned about God’s grace in difficult parenting. He provided a clean slate for Conor and I to redeem ourselves to each other.  After trying to each fly solo and crashing, we were ready to do this together, without my anxiety, without his resentment.

My ideas of what my family would look like have pivoted with each kid. With me kicking and screaming or pushing things hastily along I’ve definitely learned that God has better plans than I do.

I know that this family of five is complete.

Maybe not every mom feels that and maybe finds herself thinking about ‘one more?’.

But Dawson was our ‘one more’.

(and incase I ever forget it….) 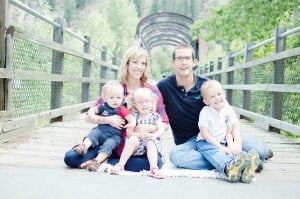 1 thought on “When My Third Baby Turns One”