Have you ever held a little bird in your hands?

You know how light and delicate you’d balance them while forming a loose fist around the helpless fluff – just tight enough to make them feel secure but not caged? For a moment you feel responsible for them. You feel like they know you love them. You feel like they are yours and you are theirs, but only for those brief moments before they’d get restless and flap their wings and in an attempt to escape. Because you can’t give them what they need, they are born for the world and not for your hands.

This is what I felt when I would hold my baby girl.

They say the maternal instinct is the strongest, and looking back now I think I felt deep down that there was something unsettling my daughter, Lenayah, from day one. A couple days after her birth we were back in the hospital for jaundice treatment and it seemed that after she slept off the effects of it, she would be lacking in this peaceful slumber.

It would only be a few weeks where my baby would be what I imagined: a pink-clad milk-drunk newborn deeply sleeping in some contorted position with soft eyelids and a smushed face, oblivious to the clang of dishes and squeals of a toddler. 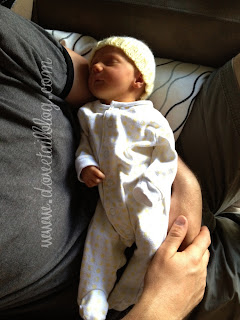 As the weeks after her birth passed, I could see more and more discomfort and unrest in her. Breastfeeding brought her no comfort.  She would cry, pull off and then root, arch her back away and push herself out of my arms.

This was so foreign and nerve-wracking to me. Why wouldn’t a newborn want to nurse? So I would run through every other ‘soothing’ technique out there. She would settle for a short while and then begin writhing around again, pushing away, crying.  Stiffening up her tiny little limbs and keeping her neck and shoulders tight. She was inconsolable and I was helpless.

When I would finally get her down for a nap or bed I would have to wait for twenty minutes to put her in her crib or she would bolt awake crying. Then the times where she would wake up after twenty minutes regardless became more and more common. Soon I was getting her down for a nap and just letting her sleep the twenty minutes on me while I watched her older brother from the rocking chair. Let’s just say he ate a lot of fishy crackers, watched a lot more tv and got away with a bit more than I would have liked. But I was desperate for her to sleep, to relax, to heal what could ail her, to grow. I was her nap-time hostage, she had to be held the whole time.

Then it converted to days and nights when she wouldn’t sleep at all, even if she was being held the whole time. She would be wailing and squirming through a tense body and furrowed brow. Many times I would be just praying and crying along with her. I would obsess over every detail, every nuance. All the while asking myself if she just needed some tough love or if there was really something wrong with her.

My mind was a whirlwind of doubt and analysis on what could be bothering her and how to fix it. I didn’t want to ‘label’ her as colicky, fussy, refluxy – worried she would grow into this label. Doctors didn’t seem to quick to label it either, optimistic that she would ‘grow out of it’. I felt a strong message to just ‘hang in there’ til she gets a bit older.

Everyone had (and still has) their opinions on what I ought to be doing. Tough love, cry it out, co-sleep, don’t cry it out, leave for a day and force her to accept a bottle, wear her in a carrier. I knew that my daughter wasn’t where my son had been in terms of taking a bottle, adaptability, sleeping, and general happiness and it made me feel like a failure. So I would pep talk myself into getting tougher with her and then flip right back over feeling like I was a monster for pushing this little unhappy baby to her edge. It all came down to me feeling in my core that something was amiss with her.

After a few visits to the doctor I was able to see a pediatrician who recommended Zantac for gastro esophageal reflux disease (GERD). This medication only seemed to worsen it so we took her off after a week.

Needless to say, this takes a toll on a whole family. If I, as the mom, with the breastfeeding abilities, felt helpless you could imagine how the dad felt. Don’t get me wrong, he tried to share the load all he could but there was another kid who needed our time and attention, a house to run, life had to keep going on following some sense of normalcy. Much of her care would default to me and I just accepted that (with a big shadow of resentment on the side)

Eventually, I would go to bed dreading the mornings. I knew I would be met by a day of a straining, unhappy baby and feeling incapable as a mother. It was like a consistent droning rather than a blast of fog horn – but it wears you down.

There were days where I would say to God at the end of the night, ‘I can’t take one more day – this has to be the end of it – I can’t go on like this’.  I wanted to just put her in her crib and walk out the door, not to run away, just more of a physical statement of my sheer exhaustion, fading hope and utter helplessness.

These are the days were only God supplied patience, humility, energy, determination, love and compassion that was draining out of me like sand in a sinkhole. Only grace could fill in that growing emptiness in my heart that I couldn’t on my own.

It would consume me though – make me anxious over every peep and wriggle she made. I felt like I had to protect her sleep from being disturbed or I would be on the docket for another round of bouncing, swaying, rocking, shushing. I had to memorize different soothing routines for different times of the day. I had to find out what was wrong with her and most importantly, I had to find a solution on how to fix it.

After the GERD diagnosis didn’t seem to fit, it was back to the doctor again. The doctor started throwing around the terms ‘esophagitis’, ‘endoscope’, ‘referral to the children’s hospital’. The thought of having a tube put down her throat just made me shut down, not to mention an esophagus biopsy. I was nervous that it would be an invasive test with inconclusive results and I wanted to buy time to find some other options.

In the meantime, I became a night-nursing expert in esophagitis and was reading more and more that it can be related to food sensitivities (eosinophillic esophagitis). I decided to cut dairy and gluten out of my diet, at least for three weeks to see if it would help. Well, three weeks was more than enough time to see positive changes in her (I have also noticed I have to avoid bananas and tomatoes as well). I also consulted with a naturopath who subscribed probiotics, colostrum and a homeopathic treatment – which would help to heal the damage to her digestive system and esophagus. 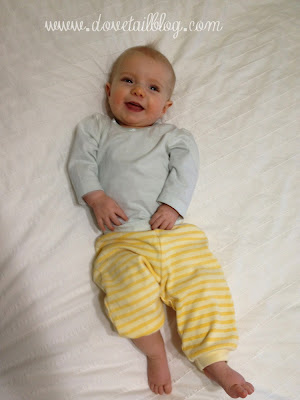 Everything shifted. She was suddenly nursing with voluntary ease. She started to be happier throughout the day. I was so relieved, not just that she was getting better but to have that peace of mind that I wasn’t a crazy mom – that something WAS causing her discomfort.  I was also relieved that I always stepped back in and tried to soothe her when I thought it was time to try some tough love. I was relieved I followed my instincts and that they were correct.

To finally feel that she wasn’t in pain was also the confidence I needed to start pushing her in sleep training. Now I was getting to a point where I could have a life back. I wasn’t listening to a crying baby all day. I wasn’t held hostage on the couch for each nap. I could put my baby and toddler to bed at the end of the night and they would stay asleep. I wouldn’t be embarrassed when company was over or have to leave public settings because she was shrieking non-stop. I finally had an answer, a new diet regime and a daily schedule that is a little onerous, but it works and that’s all that matters. 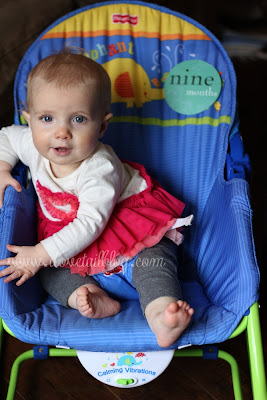 It’s been a long haul with my baby girl. Nine months later her cries trigger an autopilot response in me. An involuntary tension in my gut spurring me to stop the crying, a dread that she is reverting back. I go into analysis mode –  What could be bugging her? What did I eat? What did she eat?  How can I fix this? Fix it, just fix it. It’s hard to respond and not react. I am working on being more conscious of this as this anxiety (has spilt) can spill into every other facet of my health, my home and family.

Being my daughter’s mom has been one of the most difficult and humbling experiences of my life. It has amplified issues I deal with personally as well as in our marriage. She has rocked our world, but it has also been a blessing that these issues have come into the light where we can acknowledge them and begin working on them.  I want to find contentment even when things are hard.  I want to fill my heart and home with peace even when I have no idea what is going on or how to fix it. Turns out these words look pretty on paper, but it’s one of the hardest lessons I am going through.

This post is 6 years old now. As I reflect back on that time with a newborn that cried all the time and her big brother who was 16 months older than her I feel like it was a blur.

I’m glad I wrote this post so I can remember what we were going through, how we were feeling and what we were learning. I am even more glad I need this post to serve as the detailed memory because it is a testament to the seasons of motherhood and the grace of moving of on.

This was a hard season. I felt like I was in a drought, I was being pruned, I was cracking open, I was busting through. Hard growth. But, I was able to leave this season behind instead of staying stuck there.