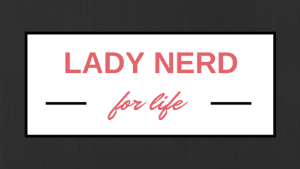 You know I refer to myself as your nerdy girlfriend. After all, I am constantly googling weird shit and I can talk forever about radon gas, water quality, Apple TVs and podcasts.

I’m sure there are some more things that would classify me as Nerdy to the Bone. For one, a calculator watch. Right now I’m just pressing my bare wrist going ‘beep, bop, bop, blip’ and failing the skill testing questions. My kids think I’m a robot though so I’m pairing it with a, ‘Robot Mom powers down at 8pm and will not resume operation until 8am’. So far they haven’t taken the bait, but modern technology is so advanced, so I can see how it’s confusing for them.

I’m also certain true nerds know more than I about html, chemical reactions and mutual funds. But I can identify a slurry of native plants, play ‘name that zoonosis’, and was raised on Star Trek. So that loops me back in with my nerd peeps.

I’m also socially awkward, scrawny and pale, which helps my nerd status. There was a time when I tried to break out of this nerd mould and briefly toyed with the idea of an arm tat. Just something simple and classy like a verse, possibly a recipe. My sister shot that down pretty quick with a snort. After all, her four year old has more upper body strength then me. I’ll just keep working on my pushups. I’m up to 20 now….lady style! (This chick inspired me to keep at it)

But there is one thing that solidifies my nerdiness. One keystone of my being that I can’t seem to modify. 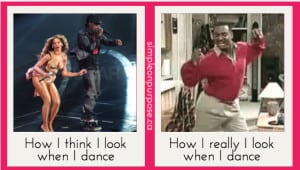 It’s true. I have the ‘Banks-Dance-Gene’.

I’m an anomaly, as I’m the only one in my family that has this inability to shake their sugar shaker and make it actually rain sugar. I gots no sugar shaker, not even a crappy pack of sweet n low!

It used to be I was safe with non-assuming sways amongst my country music lovin folk….then Luke Bryan came along. Thankfully, there are these chicks though to save country music from all the men who want us to wear cuts offs, get half cut on strawberry coolers then dance in the back of their truck beds like we were an extra in the Anaconda video. Which I will do the first two, but after that I’m making smores and wrapping myself in blankets cause sometimes cutoffs are just plain impractical.

Thankfully my children seem to able to bust a move (the little lady is a little too good, though we aren’t sure if she’s mine). Despite dancing like a nerd, I’ll never stop and we have dance parties in the living room on the regular. I have to close the blinds though or my neighbours will send their kids over for the obvious ‘what to do when you’re drowning’ lessons that I’m hosting for the kids.

So yes, I own a pipet bulb, I totally played flute in elementary school and I have to write everything down. But if being a LadyNerd is wrong, I don’t want to be right!……But I do want moves like Beyonce. If I had her swagger my iPhone would crash from selfie videos of me dancing instead of pictures of  my adorable children and garlic plants and waffles…just saying.

[Tweet “If being a LadyNerd is wrong, I don’t want to be right!”]

Love Shawna, Your nerdy girlfriend who just felt like honouring her fellow LadyNerds to day. #ladynerdforlife

Just whispering sweet nothings to the garlic plants…..”thank you for not dying and withstanding toddler-style pruning, over watering and frosty morns”. Also, any of you on #Twitter? Leave me your handle and I WILL find you!

5 thoughts on “Lady Nerd for Life”