Conor had always joked about training for a half marathon.

It was joke because our free time as parents of three toddlers was usually delegated to finding ‘that smell’. He worked long hours that didn’t lend themselves to training at reasonable hours. But the true truth is that we both knew what would really happen once the phrase ‘training’ became a mindset.  An obsessive drive would saturate every spare minute of his daily life.

But here we are, about to watch him run the Spartan Race this weekend.

Seven months ago he began dripping with the detail-focussed, relentless dedication to training his body to inch closer to succeeding in this race. I knew it was something he wouldn’t take lightly. So I was one-side dreading the time-commitment he would give it. One the other side, I was plain excited to watch him follow a passion. (We all need to follow our passions more often!) 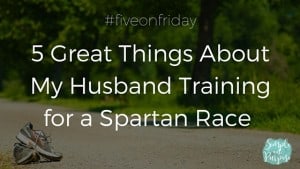 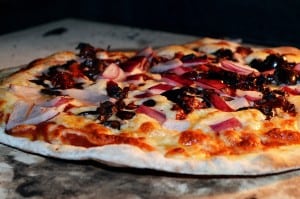 Make sure to check out my Five on Friday ladies. We are all sharing a post of ‘five things’.

Christine at Just Another Edmonton Mommy