There are shows centered around the fact that ponies can speak…and live in houses…and sew dresses. But they have pets! Who are mute wild animals without any of these humanized abilities. I call this ‘cartoon animal ability-biased’. 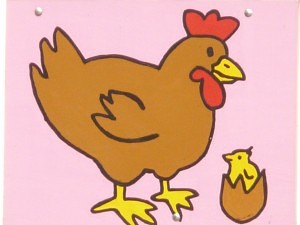 Perhaps it is best represented by the band of civil servant cartoon dogs that can operate heavy machinery but the cat and chicken are just normal ole animals without imposable thumbs or the ability to do wardrobe changes in elevators. This has to be confusing for all the kids watching. Why don’t they stick with shows about magic girls who walk on rainbows and their little sprite sidekicks?! That show just made sense.

2. what happens in costco.

The other week I thought I’d stop at the Coscto when I was out-of-town on a trip. This is the conversation Conor and I had in our kitchen. . . .

Conor “Whenever we go to Costco we spend way too much, don’t bother going to Costco.” 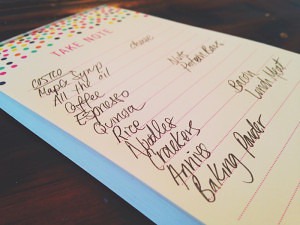 “Oh Shawna, you don’t want to be that person.”

“The one that all the Costco employees talk about in the lunch rooms on their breaks….’she came in with a list!….a list!….then she bought EVERYTHING!’ ”

What happens in Costco does not stay in Costco. No, it’s the opposite, allllll of Costco follows you home. I really don’t know how I don’t manage to buy all the staff as well, I’m buying everything else! They might as well come home and manage it all for me.

Sewing is wildly appealing to our inner creative, but it also looks deceivingly simple. I mean, the easiest point was even getting the thing threaded in the first place. A year and hotdog bribery dinner later and one of my besties had to come and teach me to thread it.

So then I attempted  to begin learning how to sew…. and now I’m scared. Scared I will take it way too far and get overtaken with the sewing bug (a reason I will never take up scrapbooking #shitwouldgetcrazy). Or scared will just rage drink out of frustration that I can’t do it and then have some weird tragic ‘drinking and stitching’ injury. Either way, stay tuned for my epic Christmas project I have publicly committed to completing this year.

Perhaps it is less about the shoes and more about the baby foot. Is it just me or are baby feet like little paws, taller than wider. 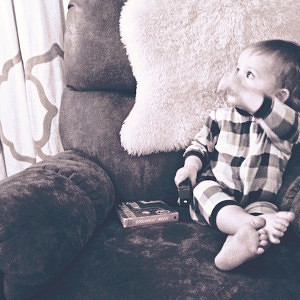 Putting shoes on those feet is like stuffing my third trimester self into maternity spanks. I think the shoe manufacturers would be wise to create a shoe that opens up like a clamshell, we could pop up the top and put that baby paw right in there and shut the lid. This is why you see babies dressed by their dads, they have layered on a pair of each family members’ socks onto the baby’s feet instead of shoes. Dads are problem solvers.

I have an awesome husband who treats our household chores like a partnership. He does dishes as much, if not more, than I do. But when he does them like this…. 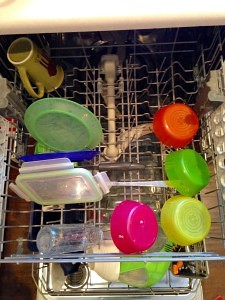 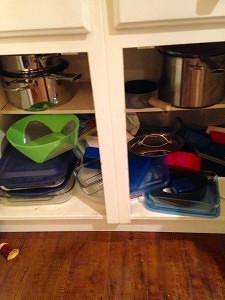 I think he’s secretly mad at me and corner him in the hallway asking him what’s up. He laughs and tells me to get a life. Sure he’s right, he’s just helping out around the house….but seriously, what’s up?